Bradley Walker remembers music always playing in the Athens, Alabama house where he grew up. 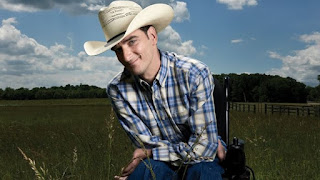 Pop, rock, country – didn’t matter; his parents played it all on the radio. And it didn’t take long for the songs – especially the country tunes by the likes of Merle Haggard and George Jones - to inspire young Bradley.

When he was just 3 or 4 years old, he wasn’t just listening to the music – he was belting out the tunes in a sweet voice that would later bring him so much success and land him a spot on the coveted Grand Ole Opry stage.

“Growing up, the radio was just always on around my house. My parents were big music fans,” Walker said. “I just gravitated toward it really early.

“It just grew from there.”

Boy, did it ever. The 39-year-old has graced the stage of the Grand Ole Opry, performed with legends such as Ricky Skaggs and Alison Krauss and won the 2007 Male Vocalist of the Year award from the International Bluegrass Music Association. He’s also released three albums; two on the Gaither label, both available in Cracker Barrel restaurants across the country.

This August, he’ll perform during the 20th AnnualPremier Bluegrass Weekend at Ocean Lakes, set for Aug. 24-25. Lonesome River  Band, which also will perform a set during the two-day concert event, will back Walker during his performance.

“We love sharing the stage together,” Walker said. “It’s gonna be fun to come to a new venue and a new place with some old friends and have fun and make music.”

‘I just knew I wanted to sing’

Walker knew early in life that he was destined to sing on stage.

At age 10, The Oak Ridge Boys invited him to sing on the national TV show “Nashville Now,” where Walker performed a song, then the group joined him on stage to sing their hit “Elvira.”


“They put me on that show and that introduced me to the professional side of the music business,” Walker said. “I just knew I wanted to sing.”

He didn’t let challenges – Walker was born with Muscular Dystrophy and has always used a wheelchair - get in the way of those dreams. His parents raised him to focus on what he can do.

“There are some challenges but you just deal with it,” Walker said. “My hope is that by the first few bars of the first song the wheelchair part just disappears and they just see somebody who loves to sing.

“I want people to know that no matter what challenge you face you can still go after your dreams and accomplish your dreams.”

And Walker has lived those dreams. IIIrd Tyme Out, which has performed during Ocean Lakes’ Bluegrass Weekend, brought Walker to the ultimate stage – the Grand Ole Opry. As a kid by the TV in his grandma’s house, Walker watched his heroes perform on that legendary stage. 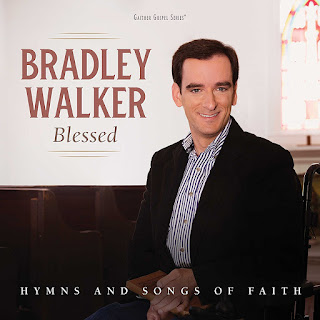 “That’s something I dreamed about as a child – going out and singing on that stage,” he said, adding that he let his foot drop from his wheelchair on that historic spot.

He’s performed with some of the most famous names in country, gospel and bluegrass, including Jimmy Fortune, The Oak Ridge Boys, Vince Gill, Rhonda Vincent, Charlotte Ritchie and The Isaacs – all who are featured on his latest record on Gaither Music, “Blessed.”

The 13-track album features classics such as “Amazing Grace” and “I’ll Fly Away” and new tunes such as “I Will Someday,” written by Chris and Morgane Stapleton with Ronnie and Garnet Bowman.

In 2006, Walker cut his first record, “Highway of Dreams” and played the bluegrass scene. In 2007, he won IBMA’s Male Vocalist of the Year.

“Just saying that still blows my mind,” Walker said. “I’m sitting here looking at the award in my living room. It just blows my mind.”

But Walker isn’t the typical, award-winning singer and regular at the Grand Ole Opry (he’s performed there more than a dozen times).

He wakes up at 4 a.m. every day to drive his specially equipped van to Browns Ferry Nuclear Plant, where he has worked for 16 years as a materials coordinator.

He works at the plant through the week, then performs on the weekends. He only performs a couple of shows a month, booking the ones that make sense.

“It’s a strange balance,” Walker said. “My day job is what puts food on the table and pays the bills but my music habit is what feeds the soul.”

After his 2006 debut release, fans didn’t hear much from Walker for nearly a decade. The music industry was changing – touring became a necessity to get your music in front of fans. The road is tough on any performer, but especially for Walker. 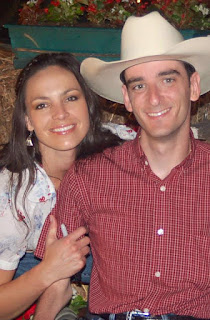 But he didn’t lose touch with the industry or his musician friends. Joey Feek, of well-known duo Joey + Rory, requested that Walker sing at her funeral after her battle with cancer ended. Gospel legend Bill Gaither saw Walker sing during that service in March 2016 and later signed him to a record deal. Joey’s husband, Rory, produced “Call Me Old-Fashioned,” which also included a DVD filmed in the couple’s barn.

“That allowed my music and my story an avenue to reach a lot of people,” Walker said. “God just opened up a door for me.”

Walker’s isn’t sure what doors the man upstairs will open for him in the future.

“I have been blessed – extremely blessed,” Walker said. “I don’t know what’s next. I’m just enjoying the ride. Every minute of it.”
Posted by Ocean Lakes' Team at 4:32 PM