It’s back to business as usual at Ocean Lakes Family Campground on Friday morning as Hurricane Irma’s projected path shifted farther westward away from the Myrtle Beach area.

Campground officials continue to closely monitor the powerful storm, which is expected to hit Florida and travel up the state toward Georgia, Alabama and Tennessee. The Myrtle Beach area is no longer in the projected path. 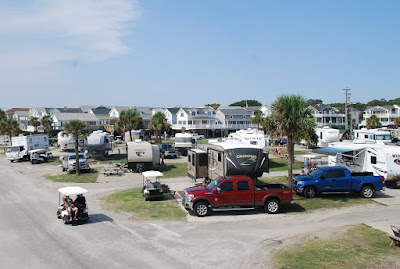 The area could get between an inch to 5 inches of rain, and there's a slight chance of some tropical storm force winds late Sunday into Monday, according to the early Friday morning advisory from the National Weather Service in Wilmington, N.C.

“A track across Florida would mean less in the way of impacts for this part of the Carolinas, but it is cautioned again that we can’t let our guard down at this time,” according to the advisory.

But the Myrtle Beach area isn’t off the hook just yet. Hurricanes can quickly shift tracks, so Ocean Lakes continues to closely monitor the latest projections and will be ready if the track takes a negative shift back to us.

“We feel much better about the situation but still need to be vigilant and watch it,” Thompson said. 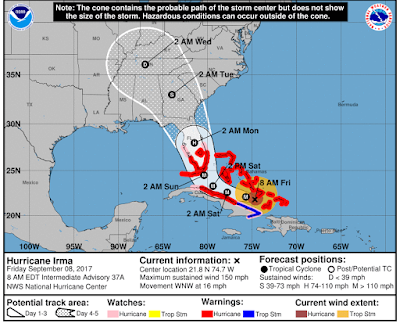 Ocean Lakes will continue to issue refunds for guests with reservations arriving between now and Sept. 12 who want to change those plans.

Before the storm’s projected path shifted dramatically late Thursday, S.C. Gov. Henry McMaster said during a mid-afternoon news conference that evacuations of coastal areas likely would begin at 10 a.m. Saturday. McMaster has another news conference planned for 2 p.m. Friday where he is expected to update folks on any possible evacuation plans.
Posted by Ocean Lakes' Team at 9:57 AM