Gov. Henry McMaster said Thursday that he likely will issue an evacuation order for coastal South Carolina including the Myrtle Beach area starting Saturday morning as the powerful Hurricane Irma continues heading toward the state.

During a news conference Thursday afternoon, McMaster and other state officials urged residents and vacationers to make plans and be prepared for Hurricane Irma, which is expected to bring rain, wind and potential storm surge to coastal South Carolina on Monday and Tuesday. The intensity of the storm’s effects here still is uncertain because it depends on the path the storm ends up taking. 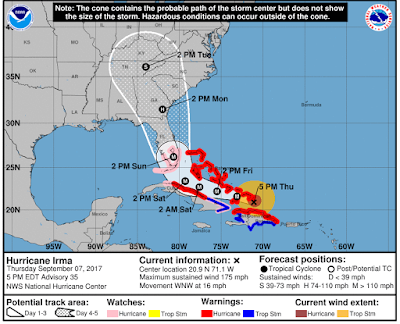 McMaster said he is 99 percent sure that he will issue the evacuation order to begin at 10 a.m. Saturday and has another news conference planned for Friday, when he will give the latest on the evacuation plan.

“As soon as he does [issue the evacuation order], we will get the word out to everybody,” said Lance Thompson, General Manager and Vice President of Ocean Lakes Family Campground.

Because of evacuations in Florida and Georgia, traffic on roads in South Carolina already is picking up and is expected to get heavier. Lanes on several roads in coastal South Carolina will be reversed to help with the likely evacuations, including U.S. 501 in Horry County. S.C. 544 into Ocean Lakes Family Campground is not scheduled to be reversed for the evacuation.

“There’s plenty of time to evacuate but if you want to get out early that’s not a bad idea, either,” said Major Gen. Robert Livingston with the S.C. National Guard.

Residents and visitors should prepare for significant impacts from Hurricane Irma, which is a powerful Category 5 storm with 175 mph winds.

By late Thursday afternoon, Irma's projected path had shifted westward, which would weaken the storm, according to forecasters.

"The trend in the models and the new forecast track from the National Hurricane Center has been westward today taking Irma right up the Florida Peninsula. IF this happens, it would weaken Irma MUCH faster as it moves toward Georgia and the Carolinas. Can't run out it staying over the ocean so please stay vigilant and prepared for the worse case scenario," WPDE Chief Meteorologist Ed Piotrowski said in a Facebook post Thursday afternoon.


The Myrtle Beach area could get between 4 and 7 inches of rain, which would cause flooding, according to the 5 p.m. Irma update from the National Weather Service in Wilmington, N.C.

"There is a chance of direct impacts in portions of Georgia, SC and NC, but it is too early to specify the magnitude and location of these impacts," according to the 5 p.m. advisory from the National Hurricane Center.


In anticipation of Irma’s effects on the region and the possible evacuation order, Ocean Lakes on Thursday made a special exception to our “watch and warning” policy and began refunding deposits for reservations arriving Sept. 7 through Sept. 12. If your reservation is further out than those dates, you will still have to pay the normal cancellation fees. 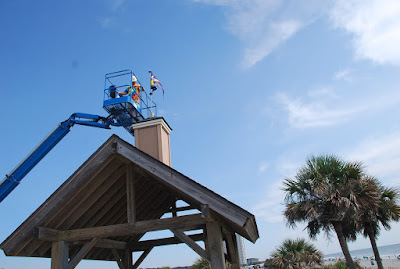 The team at Ocean Lakes continues to prepare for the storm. On Thursday, teammates removed flags from our oceanfront Observation Deck and cleaned brush from streams to ensure good flow. 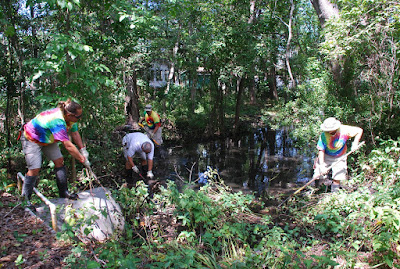 We will continue to keep you updated on our Facebook page, the blog, our website and email. Be prepared and stay safe!