South Carolina and local officials started making early preparations for potential effects from Hurricane Irma Wednesday as the storm’s path in the Carolinas still was uncertain.

The powerful Category 5 storm has local and state officials on alert and urging residents to prepare as a precaution to be ready for whatever Irma might bring. Officials expect to have a better idea of what the storm will do in South Carolina in the next 24 to 48 hours. What this area could experience depends on what turns Irma makes. 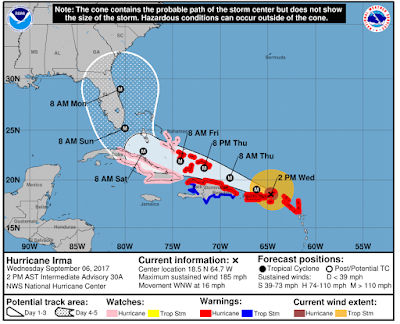 Lance Thompson, General Manager and Vice President of Ocean Lakes Family Campground, urged guests who have reservations at the campground in the next week to continue to watch the storm’s projected path and stay in touch with us. Follow the Ocean Lakes Facebook page for the latest.

“Don’t panic but be prepared,” Thompson said. “At this point, it is just too early to make plans when we don’t have all the information. By Friday, we will know a lot more.”

The storm's uncertainty has left guests with reservations in the coming days wondering what to do. Ocean Lakes issues refunds if the Myrtle Beach area is under a watch or warning from a named storm; there are no watches or warnings right now. Read more about our storm-related cancellation policy here.

WPDE Meteorologist Ed Piotrowski said in a Facebook post Wednesday afternoon that 50 to 100 miles “can mean all the difference in the world when it comes to how severe impacts are. I cannot tell you within 50-100 miles where Irma’s worst impacts will be in 5-6 days."

“Impacts from Irma are increasingly likely in Georgia, South Carolina and North Carolina, but the severity of those impacts will ultimately depend on where Irma crosses the coastline,” Piotrowski said in the post.


On Wednesday, Gov. Henry McMaster declared a state of emergency so officials could activate its hurricane preparedness plan and have the National Guard staging resources so the state will be prepared for whatever Irma might bring. He urged residents to get ready now and said he would likely make a decision about any potential evacuations Friday.

Ocean Lakes started making early preparations Wednesday, including making sure drains are clear and getting barricades and cones ready in case they are needed.

“We are just doing what we can now but it is too early to tell,” said Operations Manager Kevin McWhirter, who has the TV in his office tuned to the Weather Channel to stay on top of the latest storm info. “Just be prepared to be prepared.”

McWhirter urged homeowners to secure any loose items such as flags and patio furniture and tuck their Pelican trash cans close to their home - don't leave them along the side of the road. 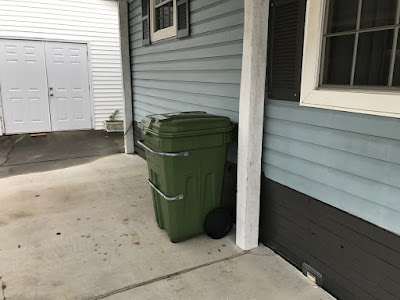 Ocean Lakes will keep guests updated on its Facebook page and other social media, through our blog and via email. Also, download our app and allow push notifications, another way we will update guests and homeowners with the urgent information.